What is Cervical Cancer ?

Symptoms of What is Cervical Cancer

Tests and diagnosis of Risk factors of Causes of Cervical Cancer


What is Cervical Cancer ?

Cervical cancer is one of the most common cancers that affect a woman's reproductive organs. Various strains of the human papillomavirus (HPV), a sexually transmitted infection, play a role in causing most cases of cervical cancer.

When exposed to HPV, a woman's immune system typically prevents the virus from doing harm. In a small group of women, however, the virus survives for years before it eventually converts some cells on the surface of the cervix into cancer cells. Half of cervical cancer cases occur in women between ages 35 and 55.

Thanks largely to Pap test screening, the death rate from cervical cancer has decreased greatly over the last 50 years. Still, every year more than 11,000 women in the United States are diagnosed with invasive cervical cancer, and nearly 4,000 die of cervical cancer, according to the American Cancer Society. Around the world, cervical cancer is the third-leading cause of cancer death in women. 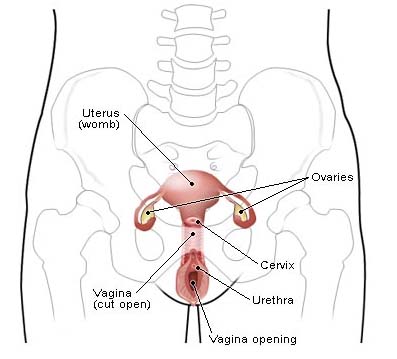 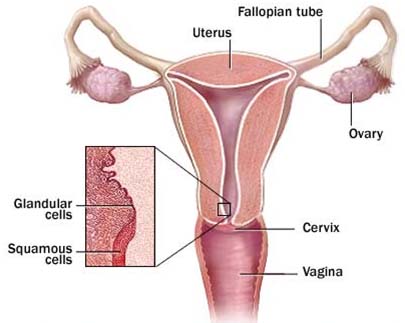 In general, cancer begins when healthy cells acquire a genetic mutation that turns normal cells into abnormal cells. Healthy cells grow and multiply at a set rate, eventually dying at a set time. Cancer cells grow and multiply out of control, and they don't die. The accumulating abnormal cells form a mass (tumor). Cancer cells invade nearby tissues and can break off from an initial tumor to spread elsewhere in the body (metastasize).

What causes squamous cells or glandular cells to become abnormal and develop into cancer isn't clear. However, it's certain that the sexually transmitted infection called human papillomavirus (HPV) plays a role. Evidence of HPV is found in nearly all cervical cancers. However, HPV is a very common virus and most women with HPV never develop cervical cancer. This means other risk factors, such as your genetic makeup, your environment or your lifestyle choices, also determine whether you'll develop cervical cancer.

These factors may increase your risk of cervical cancer:

When to seek medical advice

If you experience any unusual signs and symptoms that worry you, make an appointment with your doctor.

Talk to your doctor about when to begin screening for cervical cancer. The American College of Obstetricians and Gynecologists recommends that girls have their first visit with an obstetrician-gynecologist between ages 13 and 15 to discuss sexual activity and ways to prevent sexually transmitted infections, such as HPV.


Tests and diagnosis of Risk factors of Causes of Cervical Cancer 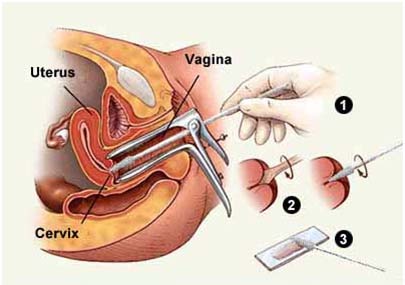 When cervical cancer is detected in its earliest stages, treatment is more likely to be successful. Regular screening for cervical cancer and precancerous changes in the cervix is recommended for all women. Most guidelines suggest beginning screening within three years of becoming sexually active, or no later than age 21.


Pap test
During a Pap test, your doctor brushes cells from your cervix — the narrow neck of the uterus — and sends the sample to a lab. The cells to examined for abnormalities.

A Pap test can detect abnormal cells in the cervix. This is the precancerous stage, when the abnormal cells (dysplasia) exist only in the outer layer of the cervix and haven't invaded deeper tissues. If untreated, the abnormal cells may convert to cancer cells, which may spread in various stages into the cervix, the upper vagina, the pelvic areas and to other parts of your body. Cancer or precancerous conditions that are caught at the pre-invasive stage are rarely life-threatening and typically require only outpatient treatment.


HPV DNA test
Your doctor also may use a lab test called the HPV DNA test to determine whether you are infected with any of the 13 types of HPV that are most likely to lead to cervical cancer. Like the Pap test, the HPV DNA test involves collecting cells from the cervix for lab testing. It can detect high-risk strains of HPV in cell DNA before changes to the cells of the cervix can be seen.

The HPV DNA test isn't a substitute for regular Pap screening, and it's not used to screen women younger than 30 with normal Pap results. Most HPV infections in women of this age group clear up on their own and aren't associated with cervical cancer.

If you experience signs and symptoms of cervical cancer or if a Pap test has revealed cancerous cells, you may undergo further tests to diagnose your cancer.

To make a diagnosis, your doctor may:

If your doctor determines that you have cervical cancer, you'll undergo further tests to determine whether your cancer has spread and to what extent — a process called staging. Your cancer's stage is a key factor in deciding on your treatment.


Your doctor then assigns your cancer a stage — typically a Roman numeral. Stages of cervical cancer include:

Treatments for invasive cervical cancer often make it impossible to become pregnant in the future. For many women — especially younger women and those who have yet to begin a family — infertility is a distressing side effect of treatment. If you're concerned about your ability to get pregnant in the future, discuss this with your doctor.

Treatments for invasive cervical cancer often make it impossible to become pregnant in the future. For many women — especially younger women and those who have yet to begin a family — infertility is a distressing side effect of treatment. If you're concerned about your ability to get pregnant in the future, discuss this with your doctor.

Tell your doctor about your concerns about infertility before your treatment begins. In most cases, preserving fertility is more successful than trying to restore fertility after treatment.

Treatment of cervical cancer that's confined to the outside layer of the cervix typically requires treatment to remove the abnormal area of cells. For most women in this situation, no additional treatments are needed. Procedures to remove noninvasive cancer include:

Cervical cancer that invades deeper than the outside layer of cells on the cervix is referred to as invasive cancer and requires more extensive treatment. Treatment for cervical cancer depends on several factors, such as the stage of the cancer, other health problems you may have and your own preferences about treatment.

Treatment options may include: