| Disclaimer | Site Map |
Mumbai :
Ancient yet modern, fabulously rich yet achingly poor, Mumbai is India in microcosm. Once a sultry tropical archipelago of seven islands, and the Raj's brightest jewel, Mumbai was the dowry of Portuguese Princess Infanta Catherine de Braganza who married Charles II of England in 1661. Today it's a teeming metropolis, commercial hub of an old civilization seeking to find its place in the New World Order.

Forty percent of India's taxes come from this city alone, and half of India's international trade passes through its splendid natural harbour. In fact Mumbai is the very soul of human enterprise. At the city's Stock Exchange, millionaires and paupers are made overnight, and the sidewalks are crowded with vendors hawking everything from ballpoint pens to second hand mixies. Everyday, half of Mumbai's population commutes from far-flung suburbs to downtown offices, banks, factories and mills for a living.

Places Of Interest : Gateway of India / Marine Drive / Flora Fountain / Chowpatty Beach / Juhu Beach / Elephanta Island / Sanjay Gandhi National Park / Talopali (Thane Lake) / Mount Mary Church.
Delhi :
Delhi, capital city of the Federal Republic of India. It is one of India's fastest growing cities. It has sprawled over the West Bank of the river Yamuna, straddling the river. The city has two distinct parts, Old Delhi & New Delhi. Delhi is the second most widely used entry point into the country, being on the route of most major airlines. It is well linked by rail, air and road to all parts of the country. The remains of seven distinctive capital cities - among them Shahjahanabad and Qutub Minar - can be seen. Here, museums, art galleries and cultural centers attract the finest exhibitions.

Delhi blends an historic past and a vibrant present. Delhi has some of the finest museums in the country. Legend has it that the Pandavas, the august heroes of the epic Mahabharata, originally founded Delhi, then called Indraprastha, around 1200 B.C. Present day Delhi is built around the ruins of seven ancient cities.

Delhi- the commercial hub has many tourist attractions to offer. Visit vibrant shopping complex of Connaught Place, Delhi Haat for handicraft goods and delicious food bonanza. Pay a visit to Red Fort and Qutub Minar to view the excellence of Mughal architecture.

Or just drop in at Janpath- for buying a variety of cheap and best items. If you are looking for spiritual peace, visit Lotus temple, which is also famous for its marvellous architecture and heavenly beauty. Take a stroll at Rajpath. Or pay a visit to India Gate and Rashtrapati Bhawan for viewing monuments made during British era.

Delhi - a canvas that reflects the complexities, contradictions, beauty and dynamism of a city where the past co-exist with the present. Many dynasties ruled from here and the city is rich in the architecture of its monuments. Diverse cultural elements absorbed into the daily life of city have enriched its character. Exploring the city can be a fascinating and rewarding experience.

Places Of Interest : India Gate / Laxminarayan Temple / Shri Swaminarayan Akshardham Temple, South Delhi / Appu Ghar / Humayun's Tomb / Qutab Minar / Red Fort / Chandni Chowk / Jama Masjid / Raj Ghat / Shanti Vana / Bahá'í House of Worship (Lotus Temple) / Purana Quila / Tughlaqabad / Swaminarayan Akshardham
Hyderabad :
Hyderabad is the fifth largest city in India with an ancient civilisation and culture. Hyderabad and Secunderbad are twin cities, seperated by Hussain sagar which is a man made lake. Hyderabad occupies a unique position on the map of India. With its confluence of cultures and traditions, the city is often described as a link between the north and the south, and a meeting place of the east and the west. The city is nearly 400 years old and is noted for its natural beauty, mosques and minarets, bazaars and bridges, hills and lakes. The name itself brings up visions of a vibrant city of minarets and modern high - rise buildings. A natural and sophisticated blend of old and new, an old 'Nawabi' culture with a new pro-active approach and hospitality.

The teeming bazaars of the old city, in the midst of which stands the 400-year-old Charminar, the modern shopping complexes and ultra-modern malls in the newer areas of the city add to the charm of Hyderabad.

The Golconda Fort, capital of the kingdom by that name, is today very much part of the city, as is Cyberabad (means Cyber City), a new local area created to keep pacewith the zooming Information Technology & Tourism sector.

Pearls, bangles, silks, computer software, handicrafts and above all a delectable cuisine add to the splendour of this great city.

Ahmedabad :
This former capital of Gujarat, was built by Sultan Ahmed Shah. Impressed by the scenic beauty of the area, the young Sultan built his capital around the Bhadra Fort. Eleven of the twelve gates of the 600 year old fort still stand today. The beauty of this city is in its blend of the old and the new. This lively, modern city is filled with ancient monuments and mosques; displaying the city's eventful history in its architecture and art.
Chandigarh / Mohali :
Chandigarh was a created to fulfill the need of a permanent capital of Punjab and Haryana, although Shimla was a temporary headquarters in those times. Chandigarh, the capital of both Punjab and Haryana, is the first Indian city to have been designed and planned by a single architect - Le Cobusier. The city, a model of wide roads and spacious residential colonies, is an excellent base for specialized sightseeing. The white domed temple of Goddess Chandi Devi that stands on the slope of a hill, situated in the north-east of Chandigarh, on the edge of the Shivalik hills, is from where the city obtains its name Chandigarh. From here one can travel northwards to the hill resorts of Shimla, Kullu, Manali, Dharamshala and Dalhousie. Chandigarh is not only the most modern city in the country but has been planned to perfection by the world famous French architect le Cobusier.
Chennai :
Chennai, the capital city of Tamil Nadu is the fourth largest metropolis in India. Located on a 17 km stretch of the Coramandel coast, the city is trisected by the waterways of Cooum and Adyar and the Buckingham Canal. With a population of 6 million people, Chennai is a vibrant city ever growing, expanding and changing every year.

Popularly regarded as the "Gateway to the South", Chennai presents a culture that is distinctly different from that of northern India. Music, dance and all other art forms of the South are cherished and nurtured in this city, which, though industrialized, continues to be traditional and conventional in many ways.

Chennai is a gracious city that has a clear skyline, long sandy beaches, parks, historic landmarks and tourist infrastructure facilities which make it a convenient entry point or base to start your tour of Tamil Nadu and South India. As far as religion is concerned, history has certainly left its mark on this city, which is believed to have been the place of St. Thomas, in the outskirt of the city. There are a number of churches in Chennai that are connected with the life and times of this apostle. There are also several ancient temples around Chennai, and, within the city itself are two magnificent temples - a temple in Triplicane and another in Mylapore.
Kolkata :
Kolkata (Formerly known as Kolkata - the founding name of the city)

Kolkata, on the Hooghly, retains the aura of days long gone, weaving the past and the present, the intense and the funloving into a charming fabric. Home to four Nobel laureates - Ronald Ross, Rabindranath Tagore, Mother Teresa and Amartya Sen, Kolkata is the nerve centre of intellect and human values, where many modern movements began in art, cinema and theatre, science and industry. India's quest for freedom began here.

Kolkata is the gateway to Eastern India. A city with a rich heritage, bustling streets and bewildering variety of facets. From October to March, Kolkata wears a radiant look. Sunshine, mild winter, lights, colours, fairs, festivals, galas and excursions, the mood is infectious and spirit sweeping.

Although the name Kalikata had been mentioned in the rent-roll of the Great Mughal emperor Akbar and also in Manasa-Mangal, to explore the history of Kolkata, we have to go back to the 17th century. It was in 1690 that Job Charnock of the East India Company came to the bank of the river Hooghly and took the lease of the three villages- Sutanuti, Govindapur and Kolikata (Kolkata) as a trading post of British East India Company. The city became famous in 1756, when Siraj-Ud-Dawlah, the last independent nawab of Bengal, captured the city. But the British regained their power in 1757 and the city was recaptured under Robert Clive. Warren Hastings, the first Governor-General of India, made it the seat of the supreme courts of justice and the supreme revenue administration, and Kolkata became the capital of British India in 1772. By 1800 Kolkata had become a busy and flourishing town, the center of the cultural as well as the political and economic life of Bengal. 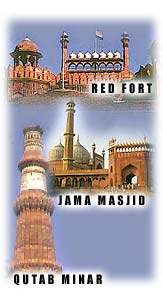 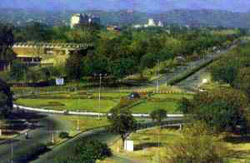 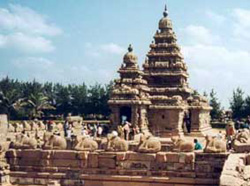 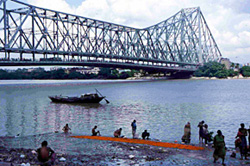