Mr. Goenka began the first meditation centre in this tradition established outside of Burma, in 1975, at Igatpuri, a small village 100 km northeast of Bombay, in the State of Maharashtra. As the technique has flourished and spread throughout India and the rest of the world, there are now numerous Centres within India itself. While some of these Centres are in various states of development, many offer the same 10-Day courses in all languages, including the regional Indian language where the Centre is located. In India Centres are located at the locations set forth below.

For Meditation in India, Pls. send us your Query 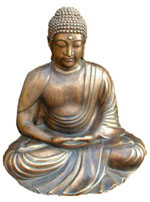 Vipassana, which means to see things as they really are, is one of India's most ancient techniques of meditation. It was rediscovered by Goutam Buddha more than 2500 years ago and was taught by him as a universal remedy for universal ills.

This non-sectarian technique aims for the total eradication of mental impurities and the resultant highest happiness of full liberation. Healing, not merely the curing of diseases, but the essential healing of human suffering, is its purpose.

Vipassana is a way of self-transformation through self-observation. It focuses on the deep interconnection between mind and body, which can be experienced directly by disciplined attention to the physical sensations that form the life of the body, and that continuously interconnect and condition the life of the mind. It is this observation-based, self-exploratory journey to the common root of mind and body that dissolves mental impurity, resulting in a balanced mind full of love and compassion.

The scientific laws that operate one's thoughts, feelings, judgments and sensations become clear. Through direct experience, the nature of how one grows or regresses, how one produces suffering or frees oneself from suffering is understood. Life becomes characterized by increased awareness, non-delusion, self-control and peace. 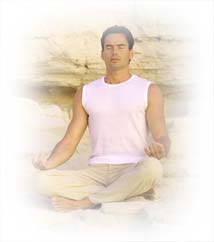 Concentrative meditation focuses attention on a breath, an image, or a sound (mantra), in order to still the mind and allow greater awareness and clarity to emerge. The simplest form of concentrative meditation is to sit quietly and focus attention on the breath. Yoga and meditation practitioners believe that there is a direct correlation between one's breath one's state of the mind. For example, when a person is anxious, frightened, agitated or distracted, the breath will tend to be shallow, rapid and uneven. On the other hand, when the mind is calm focussed and composed the breath will tend to be slow, deep and regular.

As one focuses one's awareness on the breath, the mind becomes absorbed in the rhythm of inhalation and exhalation. As a result, breathing will become slower and deeper, and the mind will become more tranquil and aware.

Mindful meditation, involves becoming aware of the continuously passing parade of sensations and feeling, images, thoughts, sounds, smells, and so forth without becoming involved in thinking about them. The person sits quietly and simply witnesses whatever goes through the mind, not reacting or becoming involved with thoughts, memories, worries or images. This helps to gain a more calm, clear and non-reactive state of mind. Studies show that after meditation, reactions are faster, creativity greater and comprehension broader. In addition, by silencing the mind, meditation can also put one in touch with the self, allowing the body's own inner wisdom to be heard.

More and more doctors are prescribing meditation as a way to lower blood pressure, improve exercise performance in people with angina, help asthmatics breathe easier, relieve insomnia and generally ease the everyday stresses of life. Medication is a safe and simple way to balance a person's physical, emotional and mental states. The concept of meditation works on the principle that when the mind is calm and focussed on the present. Neither is it reacting to memories from the past nor being preoccupied with plans for the future: two major sources of chronic stress known to impact health.

There are several techniques of meditation but they all have one thing in common -- focus on quietening the busy mind. The concept is not to remove stimulation but rather to direct concentration to one healing element: one sound, one word, one image, or one's breath.

All forms of meditation can be broadly classified into concentrative meditation and mindful meditation.

Indiahealthtour.com recommends the patient(s) to practice meditation in general life and even after procedure or surgery in the hospital / post hospital stay ( as per the doctors recommendation). Indiahealthtour.com shall arrange for a qualified yoga instructor to impart the training at the patient's request. This service is optional.

Since the time of Buddha, Vipassana has been handed down, to the present day, by an unbroken chain of teachers. Although Indian by descent, the current teacher in this chain, Mr. S.N. Goenka, was born and raised in Burma (Myanmar). While living there he had the good fortune to learn Vipassana from his teacher, Sayagyi U Ba Khin who was at the time a high Government official. After receiving training from his teacher for fourteen years, Mr. Goenka settled in India and began teaching Vipassana in 1969. Since then he has taught tens of thousands of people of all races and all religions in both the East and West. In 1982 he began to appoint assistant teachers to help him meet the growing demand for Vipassana courses.